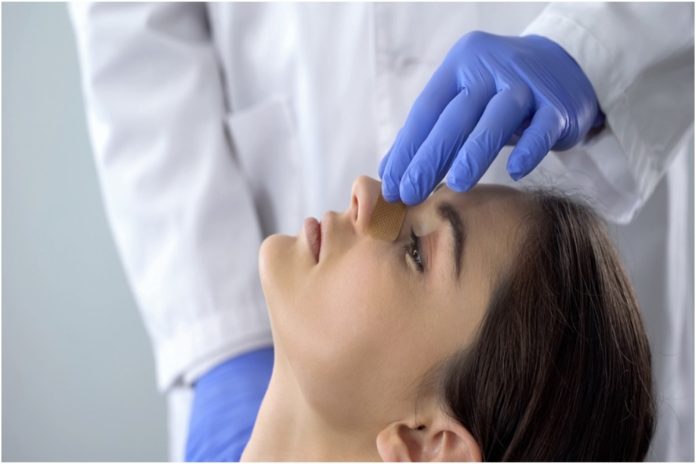 Nearly 80% of us have a deviated septum. These deviations range from a slight tilt to a complete hindrance.

The symptoms that you may have will vary based on the degree of your deviation. To learn how to tell if you have a deviated septum, keep reading.

What Is a Deviated Septum?

A deviated septum occurs when the wall (septum) between the nasal passages becomes displaced. When the septum isn’t aligned in the center, there is a deviation.

Causes of a Deviated Septum

Most deviated septums are present at birth. They’re likely genetic in nature and may not cause any symptoms.

Some deviated septums develop after an injury to the nose. Even if you’ve never broken your nose, you may develop a nasal deviation.

Most of these injuries occur during contact sports, automobile accidents, and similar types of trauma.

Over time, an existing nasal deviation can worsen. Swelling and irritation over time can cause more discomfort.

If someone has told you that you don’t have a nasal deviation, this could have changed in the past few years. It’s worth having another physical exam to examine any symptoms you may be having.

How to Tell If You Have a Deviated Septum?

People with deviated septums may experience a variety of symptoms.

Noisy breathing and nosebleeds may also be signs of a deviated septum. Additionally, some patients develop facial pain as the congestion pressure builds up.

You can control the symptoms of a deviated septum by taking decongestants, antihistamines, and nasal steroid sprays. However, none of these nasal medications will correct a deviated septum.

The only way to completely fix a deviated septum is by getting a septoplasty. This procedure straightens the nasal septum. With the septal deviation corrected, the symptoms of the deviation should also subside.

If you’re tired of your septal deviation, you should look into nose reshaping today.

Fix a Deviated Septum with a Septoplasty

If you have a deviated septum and you’re tired of dealing with the symptoms, it may be time to invest in a septoplasty. Go ahead and make an appointment with an ENT to get an evaluation for your septoplasty.

The sooner you get the procedure done, the sooner you’ll be able to get relief from your symptoms.

To learn more about other common medical conditions, check out the rest of our blog.

How to Create the Perfect Intro for a YouTube Video

tmbeauty - October 15, 2021 0
YouTube Video: If you have come to this page, you probably know the importance of video marketing. It can push your business and get...

What is the Anti-Aging Serum?

What does Fashion Mean – Influence, Brands and More

tmbeauty - May 4, 2021 0
Fashion is consider a blessing and a curse for many others. Some users can assume it, and others can only contemplate it. Cheap or...

Reasons why tanning has become so popular

tmbeauty - August 26, 2021 0
Tanning has grabbed a bad reputation over the last few years. However, it is the most searched topic on the Internet. Do you know...

Laser Hair Removal: How to Prepare & What to Expect

tmbeauty - June 9, 2022 0
Whether you have some unwanted fuzz in areas of your body or you are tired of shaving hair every week or so, laser hair...

Restoring Your Skin After Halloween Makeup

tmbeauty - October 26, 2021 0
Your clown makeup might help you land the most outstanding costume award at the Halloween party, but the makeup can haunt you more than...

All To Know About Torrentmovies.Co – Details, Features and More

What Vape Device Is Best For Beginners?

tmbeauty - February 11, 2022 0
Would you like to start vaping in 2022 but have no idea where to begin? Don't worry; you're probably not wrong. Beginner vapers often...